I'm all ready for my cousin's  wedding in August.  Bought a new dress, made a pin keep and card.  All I have to do is write a check and I'm set.

"I Do" by Bent Creek is the perfect little design for a pinkeep.  I used all DMC over-one on 28 count Cashel.  I've forgotten which color, one of the light neutrals.  If the couple had shorter names, I would have stitched their first names instead of initials, but this works.  I love how the I, d and o are worked into the alphabet so as not to disturb the sequence. 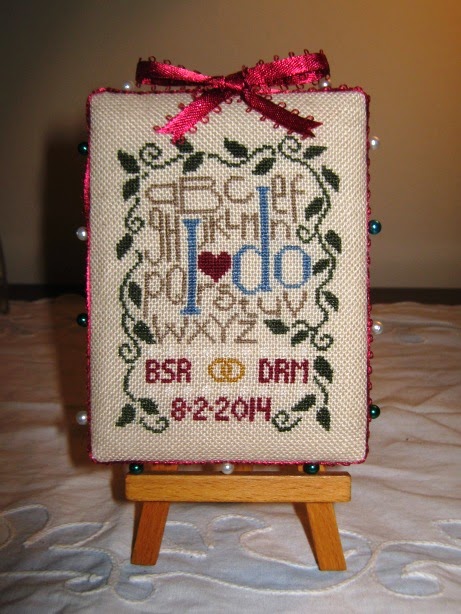 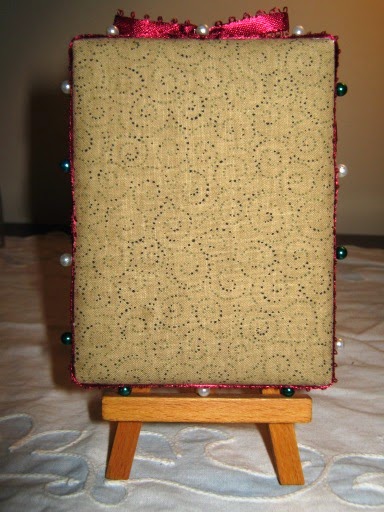 I stitched up a few freebies for the card, but finally settled on one by Nan Lewis of Threadworks Primitives.  She designed it for the members of the Prim Stitchers Society FB group.  Someone in the group commented that it looks like the birds are almost kissing so that helped me decide.  This is done with my usual free-hand style of cutting and very little actual measurement.  It's a primitive design, so I figure that's fair.  The design in stitched using DMC on 35 count linen from HDF.  I added a little batting behind the design so it's pouffy.  The card is actually larger than the pinkeep.  I hope that doesn't seem too odd.  But done is done and now I can move on to another project. 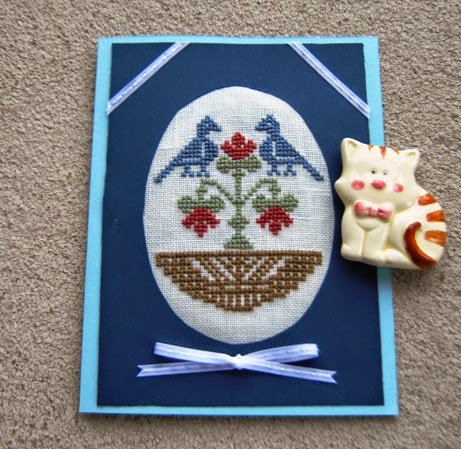 "Rendered By..." Bag and Bottlecap Magnet

The birthday party for my friend who turned 60 was a big success.  The trickiest part for me was deciding what to wear since the party was at a very nice restaurant and my standard jeans and t-shirts just wouldn't suffice.  I finally settled on a black skirt and flowered top.  Then I noticed that the top really matched the little piece I had been stitching.  So the day of the party, I sewed it up into a little cross-body sling bag.  All my others are getting worn out with use, so it was time for one or two new ones anyway.


The chart is  is called "Rendered by.."  designed by "Little By Little".  It's stitched with DMC on 32 count Lugana.  I made a ton of changes.  The colors just didn't seem quite right in some cases, so I kept substituting.  I also simplified it to fit the size I wanted.  The alphabet was one of those old time sampler deals where some letters are missing and some are repeated.  But I saw a couple of other finishes on blogs where the stitchers had changed it to be the normal ABC's and I followed suit.  There was some odd dead space that didn't sit well with me so the butterfly and purple heart are my additions.  Of course, in the original, the words "Rendered by...' are stiched along the bottom and the stitcher can personalize with his/her own initials.  But that got left out too.

In this version, I only used heavy fusible interfacing and no batting.  It was a trial and it turned out well.  Much easier than batting actually.   After I used the bag for the party, I decided the top seemed a little plain.  So today, after searching and crocheting about 20 different little butterfly appliques, I finally found a pattern that suited me.  So the final product now has a bit of adornment.    Click here for the page of butterfly patterns where I found the one I settled on. 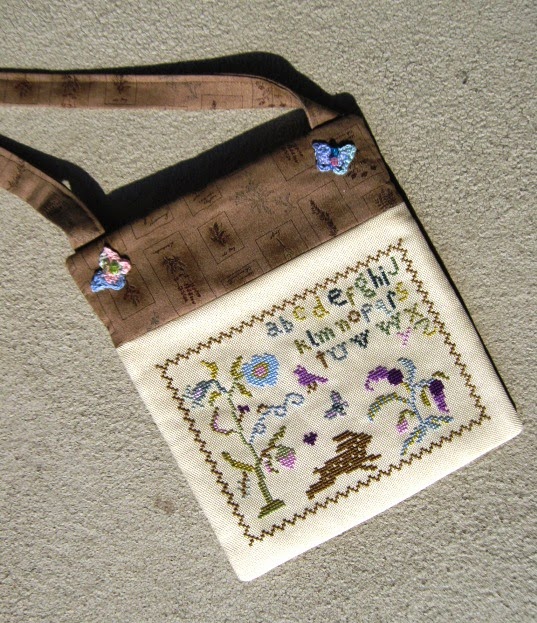 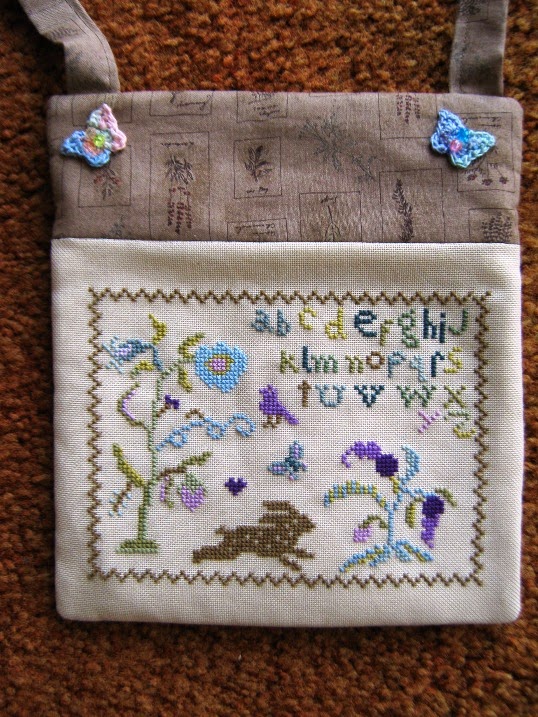 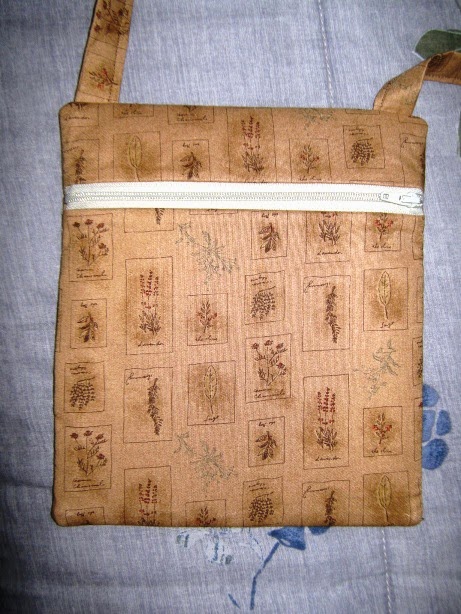 I saw a cute thing on Pinterest that I just had to try, a bottle cap magnet using cross stitch.  I bought a pack of 1" diameter flattened bottle caps at Joann's for a test.  One inch does not give a lot of space to work with, even at over-one on 32 count fabric.  32 / 1.4 is about 23 stitches on a side for the largest square that will fit in the circle.  (Hypotenuse is the square root of two times a leg as all good Pythagoreans know).  As luck would have it, the same day I bought the caps, I saw the new tiny mermaid design by The Little Stitcher, a freebie you can get here.  I did a pretty weak job of stretching it around a circle and centering it, but as proof of concept, I think it turned out kind of cute.  I added it to my mermaid tin and I'll be giving the tin away tomorrow so mermaid stitching is at a close for now.  There's an odd wonky stitch that shows up in that photo because it's such a close-up.  I couldn't actually see that without magnification in real life since the stitching is so tiny! 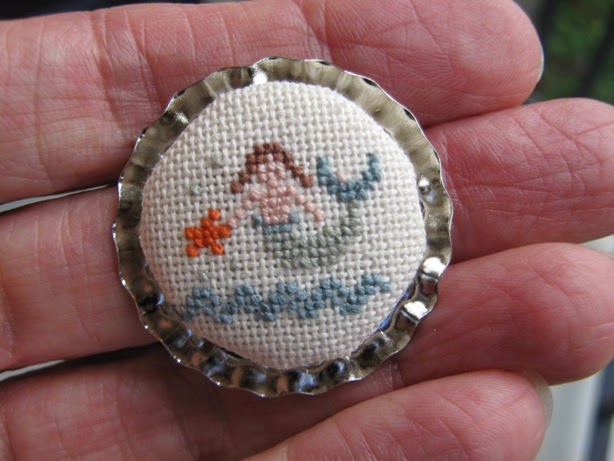