Catch-up post for the record from 2018.   I'll do another soon with this year's entries.

First was a cute little candy box for a hostess gift.  I used  Mary Garry's Skating Party with some color changes to blues that I'd seen on the web by other stitchers.  This is done on Edinburgh linen, 36 ct summer khaki.  Had to go blue because I had the pretty blue ribbon that was looking for a home! 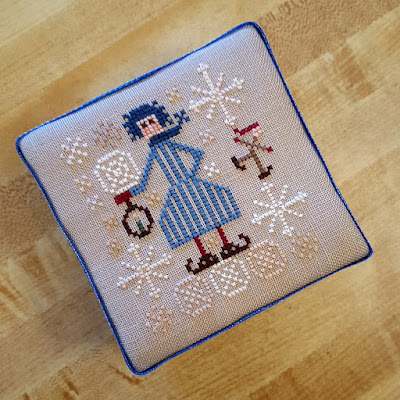 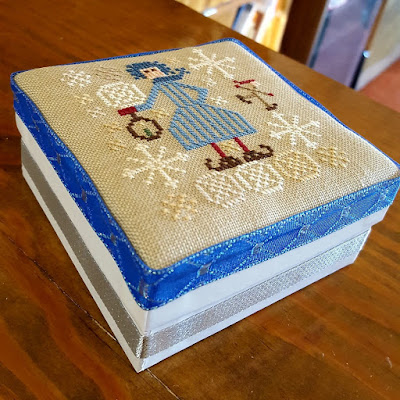 This is just the cutest little snowman from an old Stoney Creek magazine.  The magazine showed it on black fabric, but my eyes don't work well with that.  So I settled on Belfast Smokey Pearl 32 ct and crossed my fingers that the black shading around the edges would look ok.  I was totally pleased with this one.  The recipient of the card loved it too. 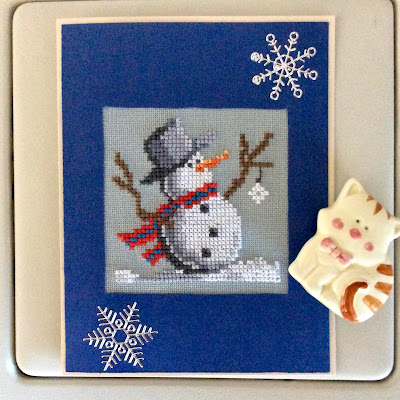 This card was done for a friend as an inside joke.  We have had some discussions about the Stanford Marshmallow Experiment.   When I saw this litte marshmallow head snowman cupcake in the "Festive Frostings" feature of the Nov., 2018 issue of "CrossStitcher",  I knew it was perfect for my friend's holiday card.  The design is by Maria Diaz.  Stitched on 36 count linen. 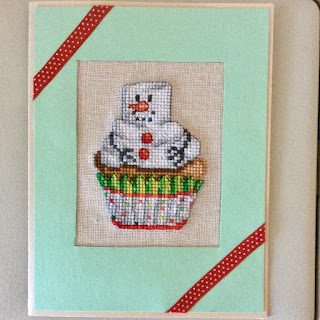 I've had the pattern for Niky's Creations "Numbers" forever.  I thought I was going to use it for a baby sampler at some point, but that never happened.  So I stitched it up and made it into a little sling bag.  The one I had been using with the peacocks finally wore out.  Stitched on 32 count MCG linen.  Cheap linen with a good heft for a bag.  I've been using it ever day since I stitched it. 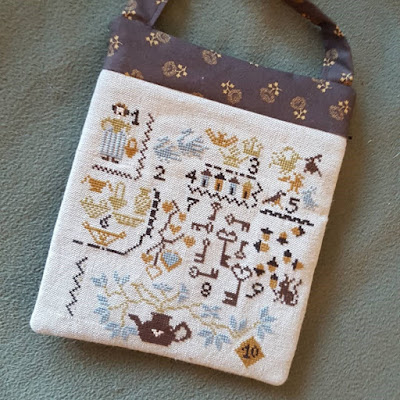 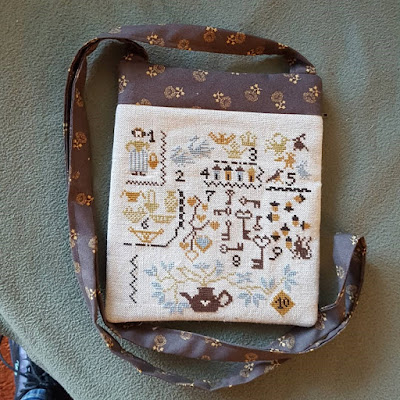 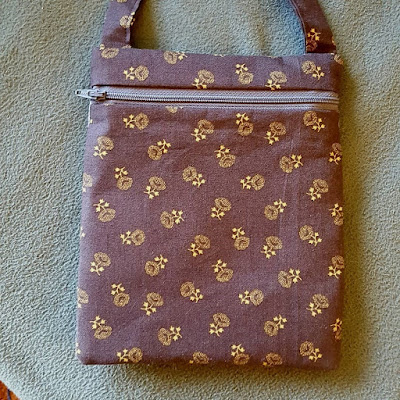 Great work, I like the marshmallow snowman,
Greetings Martina

I love your bag, the colour of the fabric really compliments the stitching

Hi Annie ,
What fab stitching and finishing , love the box so cute .

My goodness you make adorable gifts!! I am always amazed at your sling bags too. They are so nice! I would be afraid to use them!

Annie, what super projects you shared! Each one is simply precious. Love the bag!

Beautiful projects! I love the blue, feels very wintery to me right now! Love your bag. I've never tried using a little bag or a crossbody bag. I probably should!

Everything is wonderful! You always pick great pieces to stitch, and then top them off with perfect finishing.

So good to see your stitchy-filled post, Annie! The cards are adorable, but that little candy box piece is my personal favorite! That Mary Garry design is just so charming--love the skinny skater on the right :) And your bag looks like the perfect size for carrying in the city on crowded streets--very sweet!

Hope February is going well for you, my friend ♥